If you’ve ever thought about replacing part or all of the mainspring assembly in your SIG Sauer P-Series pistol, you may have noticed that a number of different parts and part numbers are available — and it’s easy to order the wrong ones. So the purpose of this article is to:

The “old-style” or original pre-1999 hammer strut assembly is comprised of 4 parts: 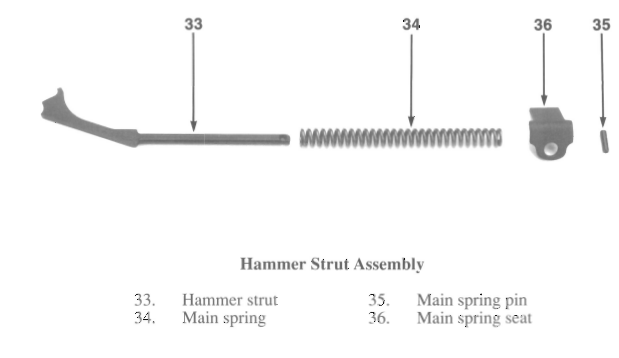 SIG has discontinued this assembly, but still sells the old-style mainspring (MAINSPRING-2) for those who want to keep the original old-style assembly in their pistol. 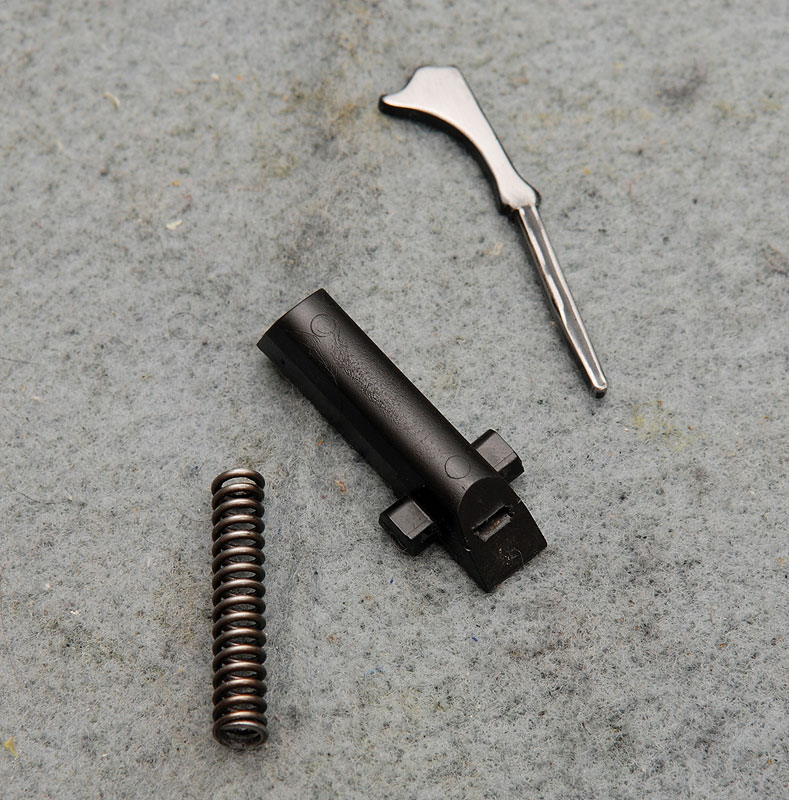 In 2017, SIG discontinued the new-style assembly, so those parts are starting to get hard to find. However, the MAINSPRING-1 is still available, since that same spring also used in the latest “E2” version of the mainspring assembly.

The current version of the hammer strut / mainspring assembly for SIG Sauer P-Series pistols is known as the “E2” assembly, so named because it was originally developed for use with the ergonomic E2 grips, which require a little extra room near the rear of the pistol’s frame. The E2 assembly is made up of: 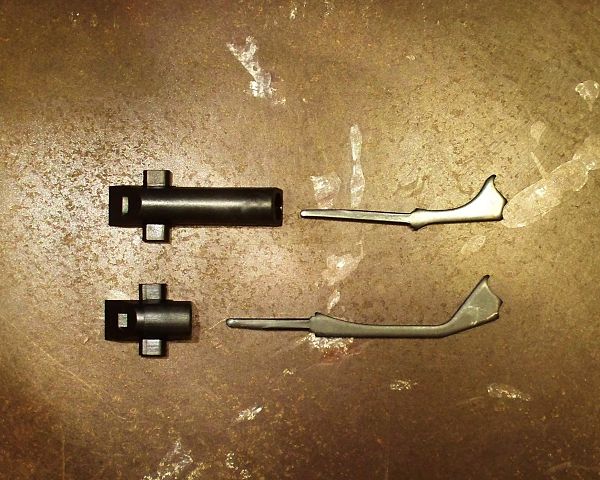 For compatibility purposes, SIG discontinued the so-called “new-style” mainspring assembly (top one in the above photo) and now all new SIGs ship with the E2 mainspring assembly (bottom one in the above photo), regardless of whether the pistol come with E2 grips. As far as I can tell, this change-over started with the Legion pistols and then spread to all other models. The MAINSPRING-1 spring still works with both assemblies. Here’s another look at new-style (top) and E2 (bottom) assemblies installed side-by-side: 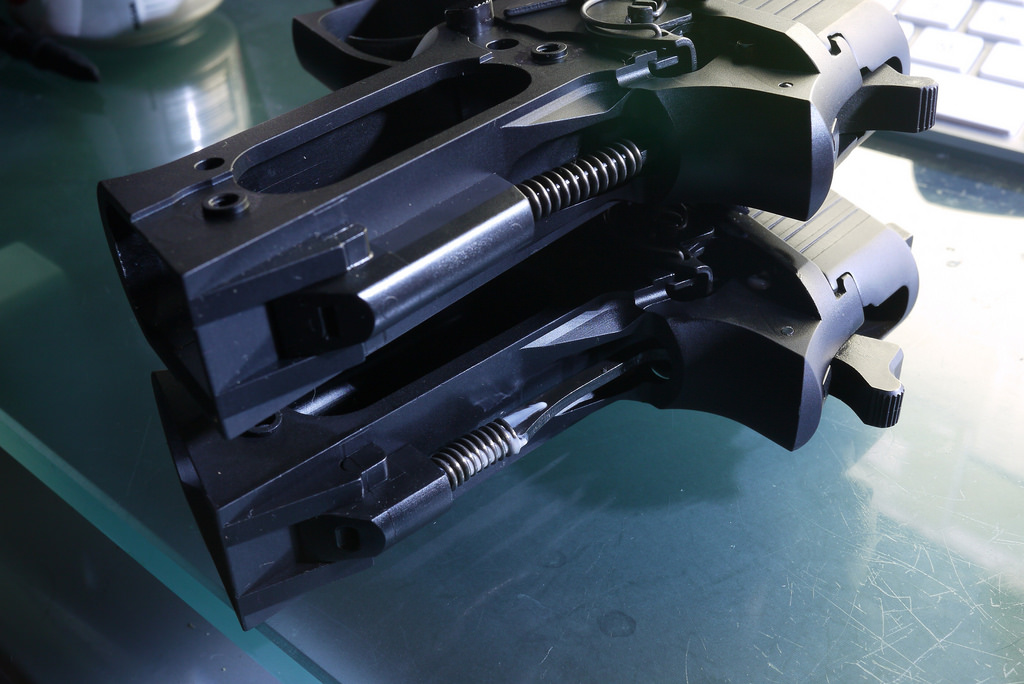 Which Mainspring Assembly Should You Buy?

For most owners, I recommend going with the E2 version of the mainspring assembly. It still uses the same “short” mainspring introduced in 1999, and the “long” hammer strut and “short” plastic mainspring seat are the only ones SIG is currently producing. If you’re willing to scour online parts sources or check eBay, you might also still be able to locate the discontinued “new-style” strut and seat, but they’re getting harder and harder to find. The simplest (and likely cheapest) solution is just to order the E2 version parts: MAINSPRING-1, HAMMER-STRUT-8, and MAINSPRING-SEAT-2.

If you’re updating a pre-1999 SIG pistol to a newer mainspring assembly, it’s important to note that both of the newer plastic mainspring seats (MAINSPRING-SEAT-1 or MAINSPRING-SEAT-2) are slightly wider at the base than the old-style metal seat, and your original plastic grips won’t fit properly without slight modification to the interior of the grip. Any of the newer-style grips (such as these Hogue G10 checkered grips, which are my favorite for a P-Series SIG) will fit without modification.

Even if you’ve never done it before, it’s not too difficult to install an updated mainspring assembly yourself. My Mainspring Assembly Upgrade Video shows all three versions of the hammer strut / mainspring assemblies and walks you through easily removing an old-style assembly and upgrading it to the latest E2 assembly:

Hopefully, this article has helped reduce some confusion about the old, new, discontinued, and current parts that make up the three versions of the “classic line” SIG Sauer P-Series hammer strut and mainspring assemblies, and helped you decide which parts you need to update your SIG pistol. If you’re not comfortable doing this work yourself, you can send your firearm directly to SIG Sauer or find a qualified SIG-certified armorer to do the work for you. Keep in mind that doing this work yourself may void your warranty, so consider that before taking the plunge. Good luck with your new mainspring assembly!

As always, I welcome your questions, comments, and feedback below!

The animations in this article demonstrate the inner workings of the SIG Sauer Classic P-Series pistols, such as the P226,...